The Most Valuable Coin On Record

Coin collectors know that some coins are worth much more than others, and because of the price of gold, currency made of gold is usually more valuable. But the material coins are made of is not the only factor in determining the value of it. In fact, the most valuable coin currently on record is called the Flowing Hair Dollar, and is a very rare form of old American currency.

History of the Coin

The Flowing Hair Dollar was produced in 1794 and 1795, and was the first minted dollar to ever be used in US currency. The size and weight of the coin was based on the Spanish dollar. This coin was very commonplace as a form of money in the US during that time. Alexander Hamilton had authorized the use of mints to create currency in 1791, but it was not until 1794 that coins began being mass produced, and the Flowing Hair Dollar went into circulation.

An engraver by the name of Robert Scot drafted several ideas as to how the Flowing Hair Dollar would look. The final outcome was that a portrait of Liberty's face with long, flowing hair would appear on one side, and an eagle surrounded by a wreath would appear on the other. Fifteen stars also surrounded the edge of one side of the coin in order to represent the 15 states that ratified the Constitution at that time. Most of the coins that were minted in final production were made of a silver alloy.

The Value of the Coin

A Flowing Hair Dollar was sold through a private sale in 2005 for an astounding total of $7.85 million. At the time, this was the most expensive coin ever sold in history. This was the 1794 minted version. But it was not the end of this coin's amazing legacy. In 2013, another 1794 striking of the coin sold for an even larger sum of $10 million. This figure completely trumped all other coin sales, and currently stands as the most valuable coin ever sold.

Since the grade of the coin sold for $10 million was exceptional, and the coin itself is so rare, it makes sense that it sold for a large sum. The Flowing Hair Dollar is a very rare coin and considered to be highly collectible. Even similar coins of a less acceptable grade sell online and through various coin dealers like Distinctive Coins for tens of thousands, and even hundreds of thousands of dollars. While gold coins are certainly valuable, it's clear that this particular coin is truly an American treasure. 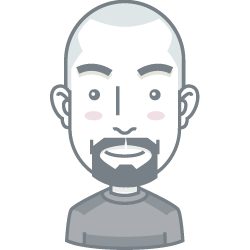